A Michelin Star restaurant at a breakfast joint? Not as crazy as it sounds. Not crazy at all, according to OEB Breakfast Co. founder and chef Mauro Martina, whose lofty ambitions have helped turn this Calgary upstart into one of the fastest-growing chains in the country.

That star has eluded them – so far – but that hasn’t stopped them from taking their elevated breakfast concepts as far east as Toronto and south into Arizona, and now their latest ‘hatchling’ comes to the restaurant-rich Lonsdale Ave and 15th St area of Vancouver’s North Shore. The bright, airy space with bold, sleek lines and contrasting pastel colours opened its doors in January of 2022, hot off the heels of a Burnaby location in 2021 and Yaletown in 2019. 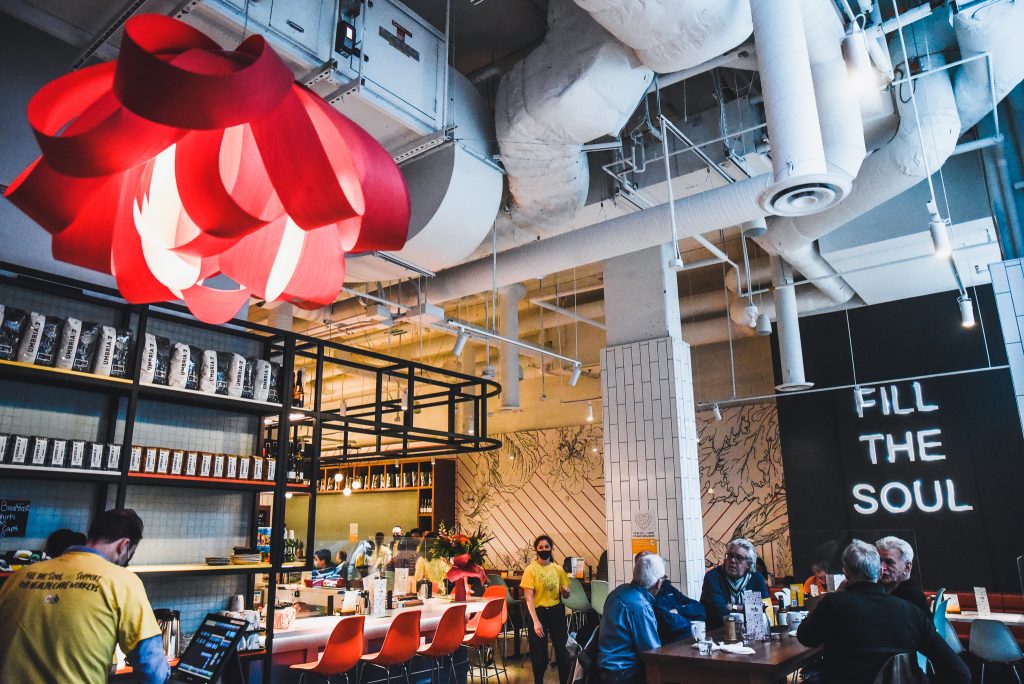 Opening not one but two restaurants in the midst of a pandemic is a feat unto itself and should speak to the innovation and drive of the team behind OEB, but also to the creativity – and downright popularity – of the menu that is getting out ahead of an already crowded brunch scene in Metro Vancouver.

The Golden-Plates-winning menu starts with classics like eggs n’ bacon and scrambles, but even those are quickly taken to the next level with a decadent side of potatoes fried in duck fat. C’mon. Their Benny’s menu is a trip all its own with outré options like the Korean Bulgogi with peperonata and the Truffled Squash with braised butternut and truffle mushrooms.

But perhaps the star of the entire menu is the signature dish seemingly designed so that your first meal of the day is the only one you’ll need: Breakfast Poutine. To try them all you’ll be coming back for weeks with ingenious spins on poached eggs and cheese atop the aforementioned duck fat potatoes. How does maritime lobster and shrimp with brown butter hollandaise grab ya? Or Confit du Canard with asiago and cranberry jam?

If that’s got your appetite piqued, get yourself on the waitlist via the Yelp app and skip the line when you show up on weekends. Or you can make regular old-fashioned reservations for weekday brunch by calling the restaurant during opening hours, 7 AM to 3 PM.

And if you know anyone at Michelin…