In just three years, Vancouver Goalball Grand Slam has become an important tournament on the goalball completion calendar. The third edition of the tournament took place March 9-11, 2018 at Fortius Sport & Health in Burnaby. The first Grand Slam was also held in the same venue in 2016.

Organized by the Vancouver Goalball Club and presented by YVR, the tournament attracted nine top teams from B.C., Alberta, the United States, Puerto Rico and Japan. With $8,000 on the line, it’s the only international goalball tournament offering prize money to the winning teams.

For local spectators who haven’t experienced goalball, they had the chance to learn more about this Paralympic sport. “I think most people would

be surprised, it’s a tough sport,” said Ahmad Zeividavi, president of and player for the Vancouver Goalball Club.  “When they see it, they feel impressed by how intense it is.”

Zeividavi’s teammate and national team member Doug Ripley is from New Westminster was thrilled to compete at home. “It’s so nice playing here in front of family and friends. It’s really special.” He added this tournament is providing more exposure to the sport. “This is our third year of having this in the Lower Mainland. It’s growing the sport and building greater awareness of the sport. I love Burnaby. It’s very convenient.”

Goalball is played by athletes who are blind or visually impaired. The athletes compete in teams of three with the aim of scoring their ball into the opponent’s net. Teams alternate throwing the ball from one end of the court to the other, using their bodies to block the net. The ball has bells inside of it, so players can track the sound of the ball to strategize their position and movement. All athletes also wear eyeshades to allow partially sighted players to compete on an equal playing field with blind players. Goalball is the only Paralympic sport that isn’t adapted from able-bodied sport.

“It’s a good competition level, something we don’t really see in Canada normally,” said Aaron Prevost of Team Young Guns from Calgary and Edmonton as he described the tournament. “It makes us want to play better. The Americans are really good players.”

U.S. National Team Coach Matt Boyle had high praise for tournament organizers and Fortius Sport & Health, a facility which has the competition venue, accommodation and athlete services all under one roof. “During a goalball tournament, the key obstacle for blind or visually impaired athletes is transportation,” said Boyle. “When you’re able to stay in the facility you’re playing, it literally doesn’t get better than that.”

Many of the players at this tournament will compete again in June at the 2018 World Goalball Championships in Malmo, Sweden. 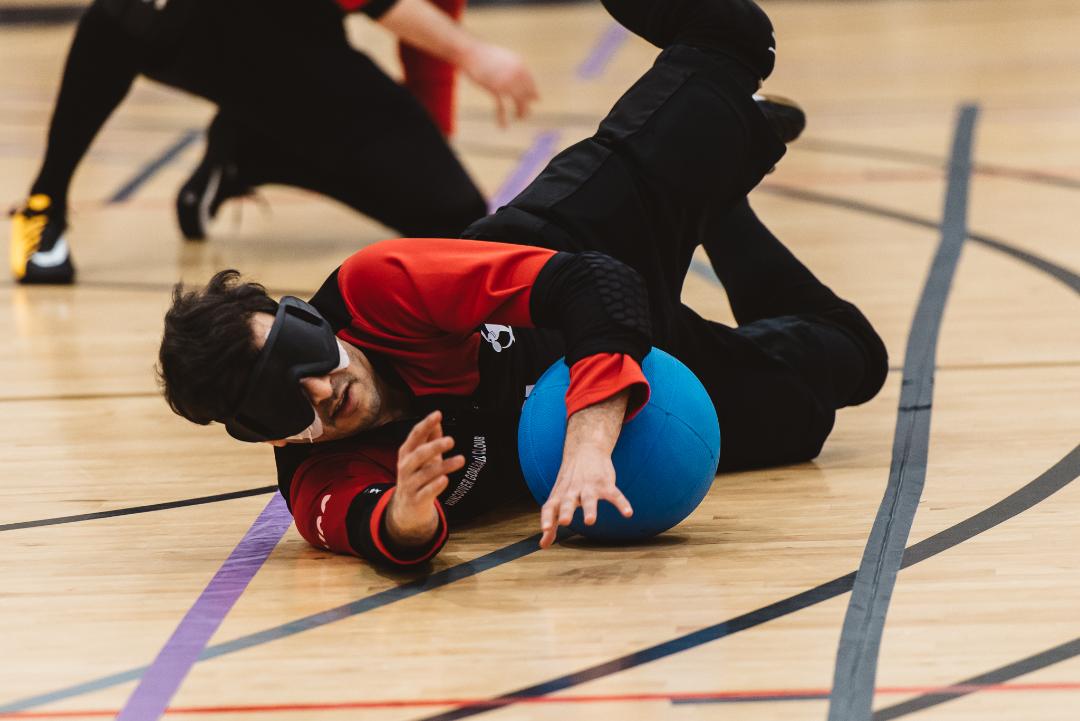