After a long 2-year absence, the top adult amateur teams from around the province prepare for the climactic conclusions to their 2021-2022 seasons.

This year marks milestone anniversaries for the two most prestigious Adult Amateur trophies, as the Men’s A (open) Cup celebrates its 100th year anniversary featuring (FC Tigers Vancouver A vs. BB5 United A CCB), while the Women’s A (open) Cup contested between (Gorge FC Team Sales vs Coastal FC Premier) commemorates 40 years. (Read a comprehensive history of the Adult Provincial Championships).  Those two finals will be played Sunday May 15th at Swangard Stadium with the Women kicking off at 12:00, followed by the Men at 3:00pm.  The winners of both A-Cup Finals will represent BC at the 2022 Toyota National Championships in Vaughn Ontario, October 5th-10th.

Past winners of the Adult Provincial Championships can be found here.

Saturday May 14th will see 8 finals taking place at the Burnaby Lake West Sports Complex, starting with the Women’s Matches all played on Field 1 starting with the Masters “A” Championship (Port Moody Gunners vs. CMFSC Classics) at 10:00am, followed by the Women’s Master’s B (Meralomas United vs. Cowichan Cougars) at 12:45pm, and the Leeta Sokalski Women’s B Cup (Gorge FC vs. CMFSC Galaxy) at 3:30pm.

Field 2 will host the Men’s Matches opening with the Doug Day U21 Cup (Strathcona Primo FC vs Fusion FC) at 10:00am, followed by the Masters “B” (Ridge Meadows SC Wolves vs Roma FC) at 12:45.   Field 3 will simultaneously host the remaining Men’s matches starting with the Men’s Over 45 Cup (Columbus FC M-B vs PCOV M-B) at 10:00, followed by the Keith Millar Men’s “B” Cup (VUFC Snipers A vs Guildford FC) at 12:45, and the Deryl Hughes Men’s Masters “A” Cup (Columbus FC M-A vs Port Moody SC M Rangers) at 3:30.   You can follow the results from the weekend’s games here.

There is no admission charge for any of the Adult Provincial Cup matches which will include a Beer Garden for adults provided by the Fraser Mills Fermentation Company, while the Dos Amigos Food Truck will be serving their popular Mexican cuisine. Concessions will also be open for the Sunday matches at Swangard Stadium.  For those who can’t attend the Championships in person, every single final will be streamed with commentary on BC Soccer’s YouTube Channel. 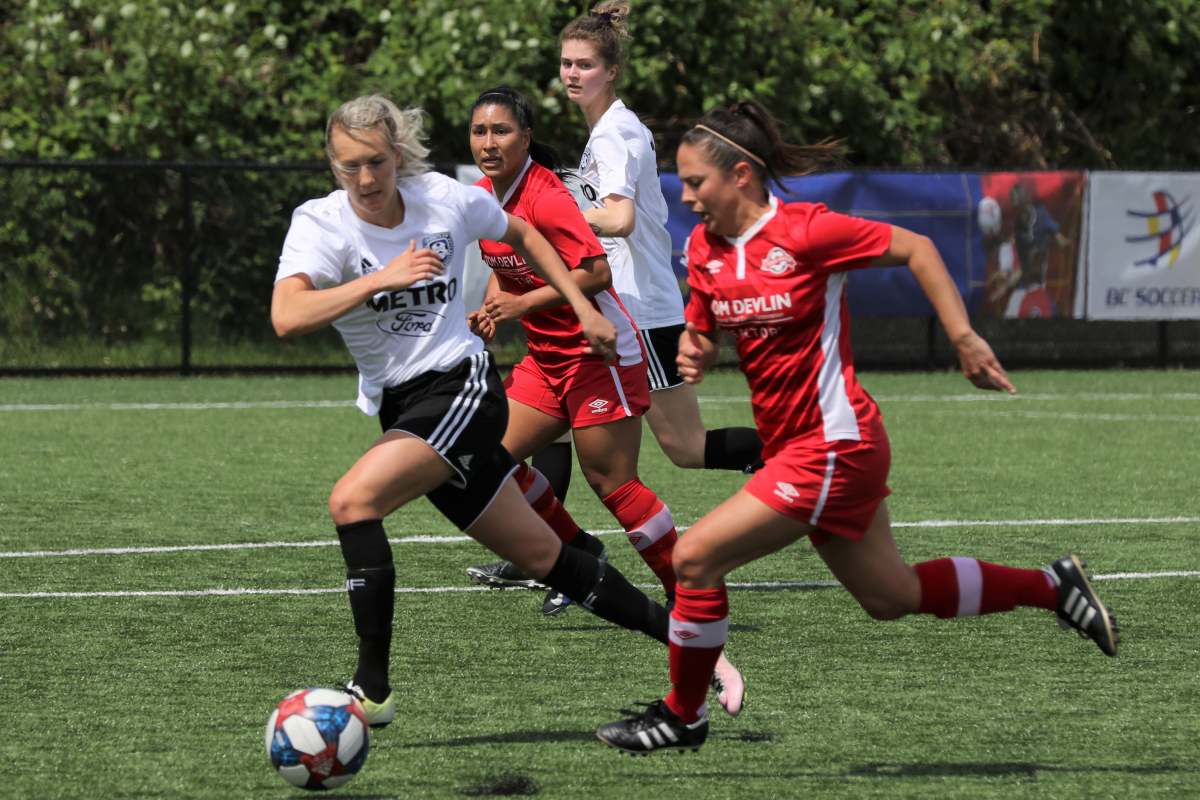 About BC Soccer
Established in 1904, BC Soccer is the largest provincial sports organization (PSO) in BC and the third largest soccer-specific PSO in Canada with over 150,000 participants, consisting of registered players, coaches, referees, administrators and soccer leaders. As a professional not-for-profit society and a member of Canada Soccer, BC Soccer is committed to providing the widest opportunities for existing and potential participants, as well as provide support in the most effective and appropriate way for current players, parents, volunteers, member clubs, leagues, and districts.