A Halloween Fest to touch your soul

Halloween is not only a time for families, pumpkins and candy, but it also has a long and lustrous history of things from the darker side. And this year, Tourism Burnaby is bringing it all to life in a way they never have before.

The origins of Halloween: where it all began.

According to Wikipedia, Halloween has a few different supposed origins. One theory is that it began with a Gaelic harvest festival which was Christianized as ‘All Hallow’s Day’, along with its eve, by the early Church. Other academics believe Halloween began solely as a Christian holiday, involving traditions like ringing church bells for souls in purgatory. It was also customary for criers dressed in black to parade the streets, ringing a bell of mournful sound and calling on all good Christians to remember the poor souls. Many Christians in mainland Europe believed that once a year on Hallowe’en, the dead of the churchyards rose for one wild, hideous carnival known as the ‘danse macabre,’ which was often depicted in church decoration.

Since then, many strange and eerie things have happened on Halloween. Death-defying Harry Houdini died on Halloween night in 1926. Orson Welles gave his famous “War of the Worlds” broadcast the night before Halloween in 1938, causing mass hysteria. And in 1981, a murder on Halloween morning happened inside a Manhattan home, which had been predicted by an infamous serial killer. 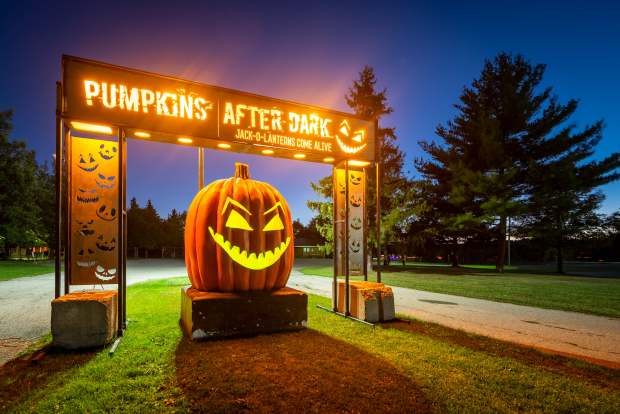 It’s events like these, and multiple stories about the origins of ‘Hallowed Eve’ that perpetuate the fantastical, exciting and dark nature of October 31st each year. Why? Because some of us are fascinated with horrific things. Especially some, more than others.

Which is exactly why Tourism Burnaby has prepared their biggest ever Halloween festival, happening all October long with Halloween-themed events designed for all ages and stages, families and Halloween cult followers, featuring free events and ticketed events, competitions and contests, and even multi-day events. Whether you’re after blood-curdling screams or fun family affairs, every soul will find what they seek.

With a mandate to be the number one Halloween destination in Canada by 2027, Tourism Burnaby is going all out to gather those with a flair for scare. 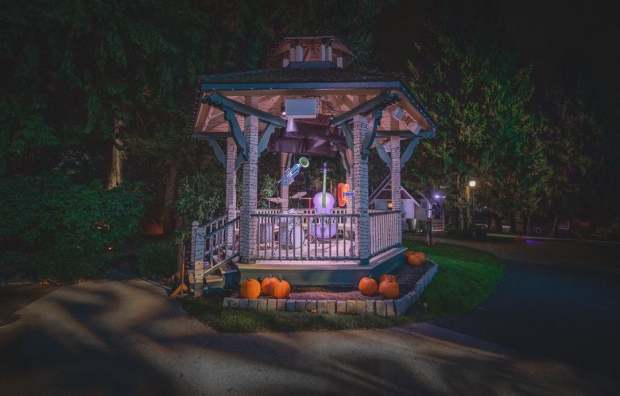 Get it on the action

The events range from tame to terrifying.

Pumpkins After Dark is definitely worth a visit. The award-winning Canada-wide outdoor Halloween event, features a pathway of over 6,000+ hand-carved lit pumpkins set to music and special effects. The event began in 2019 in Milton Ontario, started by one James Fraser, who came up with the idea while living in Connecticut as part of a temporary work transfer. “Halloween is a huge deal in the US,” said Fraser, “and I was inspired by the number and variety of shows celebrating the season. I knew that when I got back to Canada I needed to create an amazing Halloween event as a result.” There’s incredible talent in the team of artists who work tirelessly over the year to make the event an unforgettable experience. It takes weeks to set up prior to the event “going live.” Every year, countless hours of planning go into preparing an original and creative display. The family-friendly event has something for everyone, from classic Halloween characters to dinosaurs, dragons, and movie and pop culture icons. 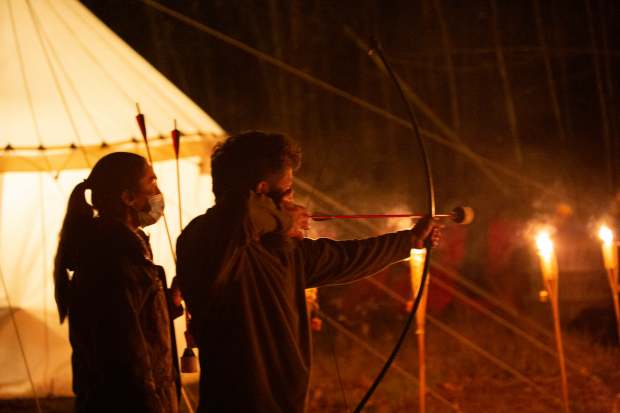 For those who love shockingly good horror flicks, HEX After Dark is a fully-narrated three-night Cineplex Horror Film Festival at Metropolis (Metrotown) featuring the very best in horror cinema. From creepy and gruesome flicks, to downright weird, eclectic and informative, there’s something for anyone (PG13). NOTE that you should be prepared for violence and gore disturbing scenes, along with a smattering of nudity.

The adults-only, fully-immersive and interactive Haunted Adventure @ Warner Lake Park will have participants travelling through a village for hours with monsters, trolls and werewolves to fight off, thieves to break out of jail and townsfolk to be found. Features also include axe-throwing and archery, as well as a tavern (filled with locally-crafted brew) where you can play games and toast your victory.

Families must not miss the Circus Zombie Sideshow @ The Amazing Brentwood (located at Brentwood Mall), featuring The Circus of Lost Souls. This engaging, entertaining display will keep everyone’s eyes wide and mouths agape.

Another family-friendly event is a neighbourhood-wide decorating competition, inviting all Burnaby residents to drape their homes and fill their property with the spookiest, goriest and scariest decorations they can concoct. Prizes will be given to the best displays.

A Zombie Fun Run will also have participants staggering through the night in their best zombie attire. Bring the fam or get a group of friends together and tackle the zombie apocalypse in action. 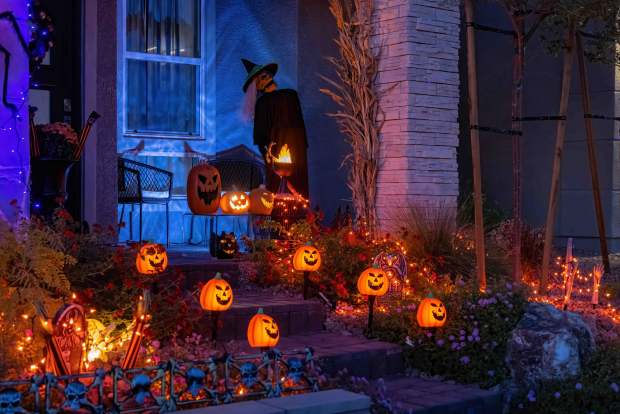 At the heart of it all

As the third-largest city in B.C. and situated centrally in the lower mainland, Burnaby is accessible from everywhere and connected by Skytrain, bus and highway. Getting to or from the city of Vancouver is a quick 15-minute Skytrain ride, and the major highways out of town are directly accessible.

Sleep with one eye open

Out-of-towners have plenty of choice in places to lay their heads for the night. From higher-end hotels to boutique properties and inns, any level of creature comfort can be accommodated.

And when your heart is maxed out and you need to take a break from the adrenalin, grab a bite or take in some shopping or other activities across the metropolis of Burnaby. Choices abound. There is quite literally, a smorgasbord of options for eats, from west coast fare to international cuisine and everything in between. Mega malls and boutique shops offer fantastic goods to top off your ultimate Halloween costume, or treat yourself to something special from a retail outlet to bring back home. Parks and lakes call for exploration and family time outside, while indoor facilities, community services and sporting complexes provide plenty of space for active engagement.

On the Halloween circuit, this October in Burnaby is not to be missed. The thrills and chills abound, and not a single soul will leave unaffected. Come and experience the most wicked Halloween fest of them all.