Burnaby Lake Rugby Club, home of the Blue and White, welcomes back an international opponent

The sudden onset of summer with the temperatures hitting into the 30’s arrived just in time for Burnaby Lake Rugby Club to welcome their long-awaited guests, the England Police R.U.F.C., to their home pitch on Saturday, June 25th for the first friendly of the 2022/23 season.

The Blue and White were thrilled to host their first international touring side since the Gordonians R.F.C. from Aberdeen, Scotland back in 2017. With a curtain-raiser game between the Justice Rugby Club and the Surrey Fire Department Rugby to kick off the afternoon of rugby. The main affair started at 3 pm when cheering crowds welcomed the Burnaby Lake Rugby Club premier men’s team to the pitch, followed by the white and red England Police R.F.F.C. squad.

The Burnaby Lake lineup consisted of a mix of a veteran and rookie squad, but they were in for a grueling battle against the England challengers. Both teams put on a great match for the crowds in attendance, and it was a very physical contest on the field. In the end, the visiting England Police team took the game, with a final score of 34-10.

The Blue and White hosted a post-match celebratory banquet at the team’s clubhouse to commemorate, which was attended by Mayor Mike Hurley and other members of the Burnaby rugby community and was a well-attended evening to top off the return of international rugby in Burnaby. 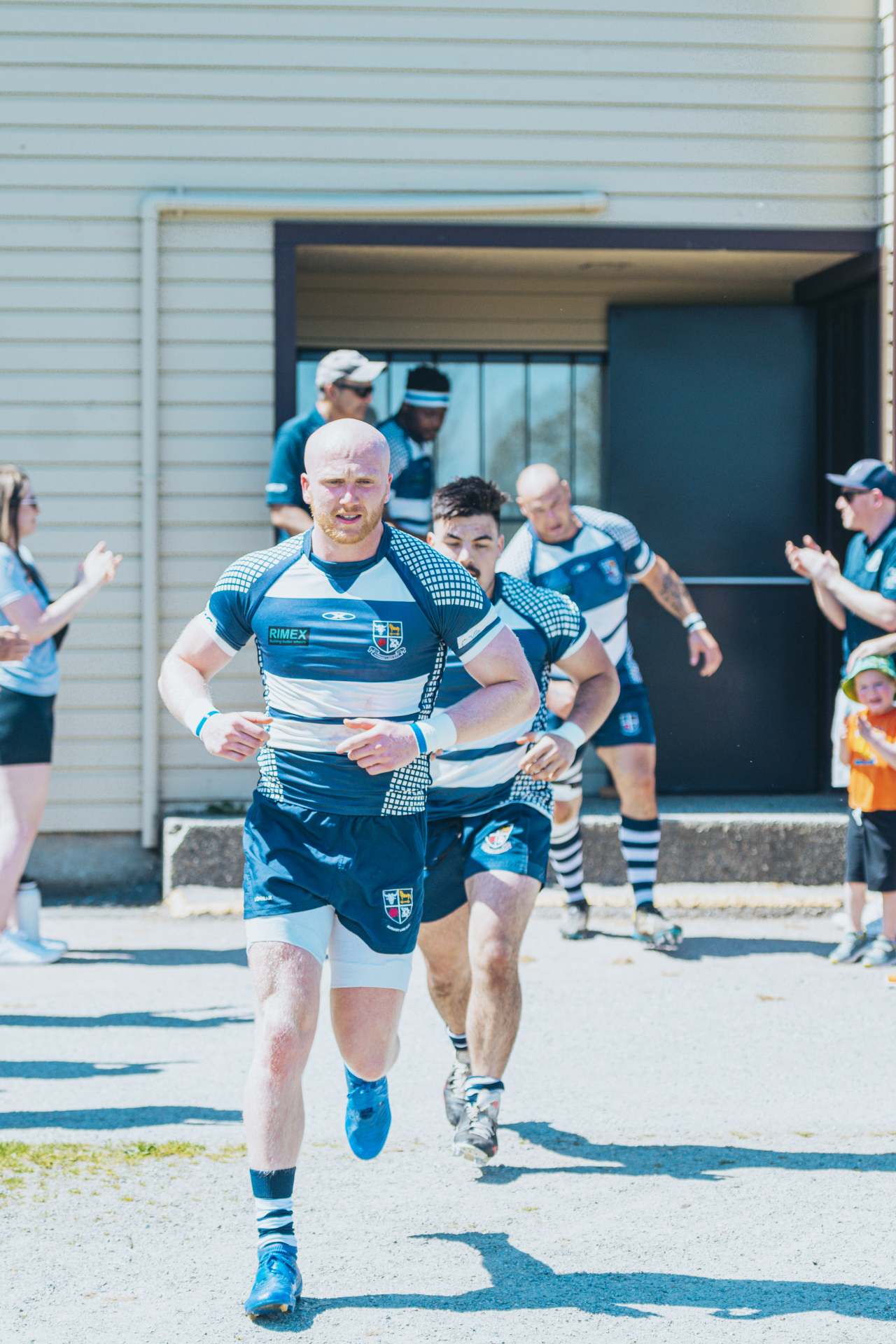 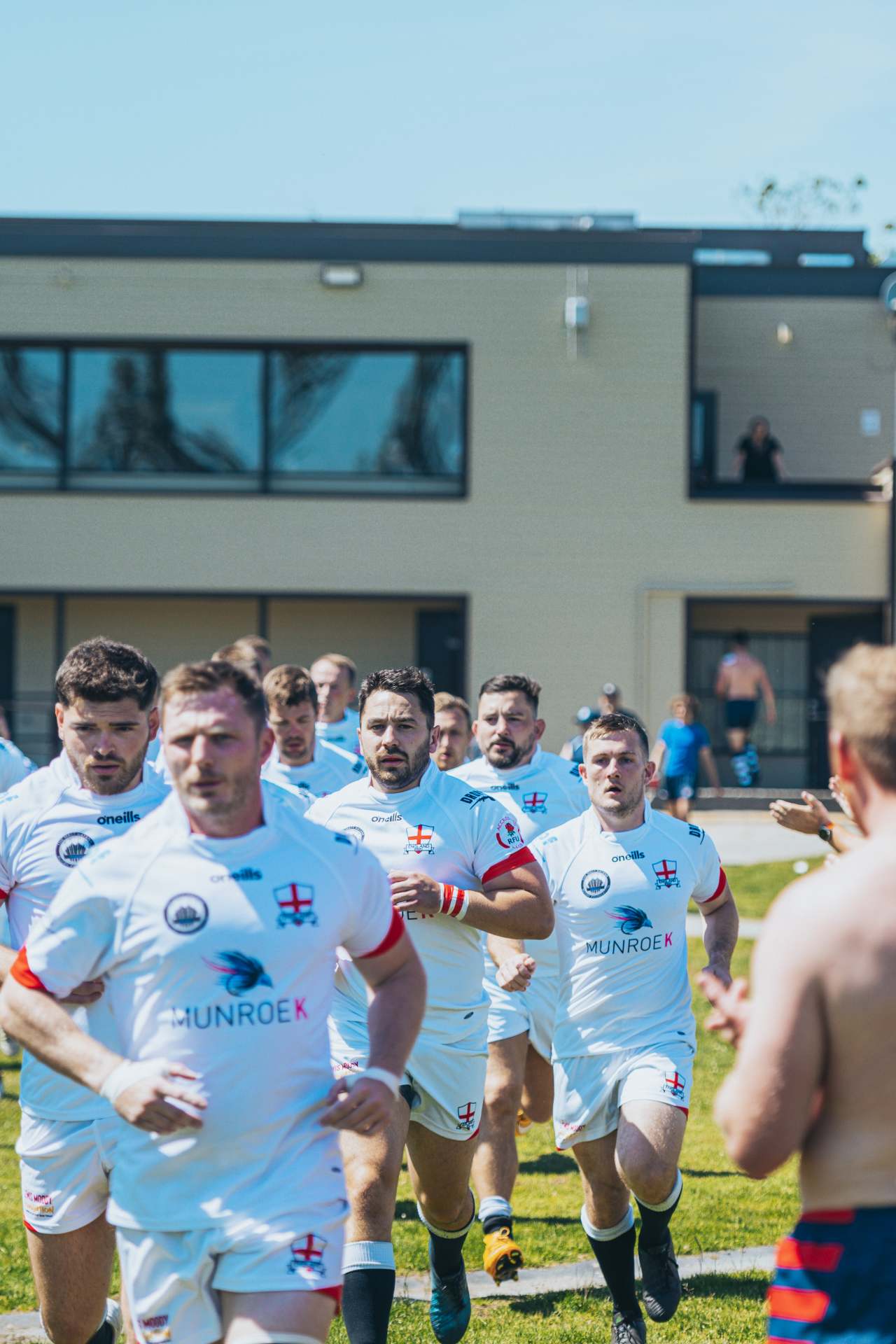 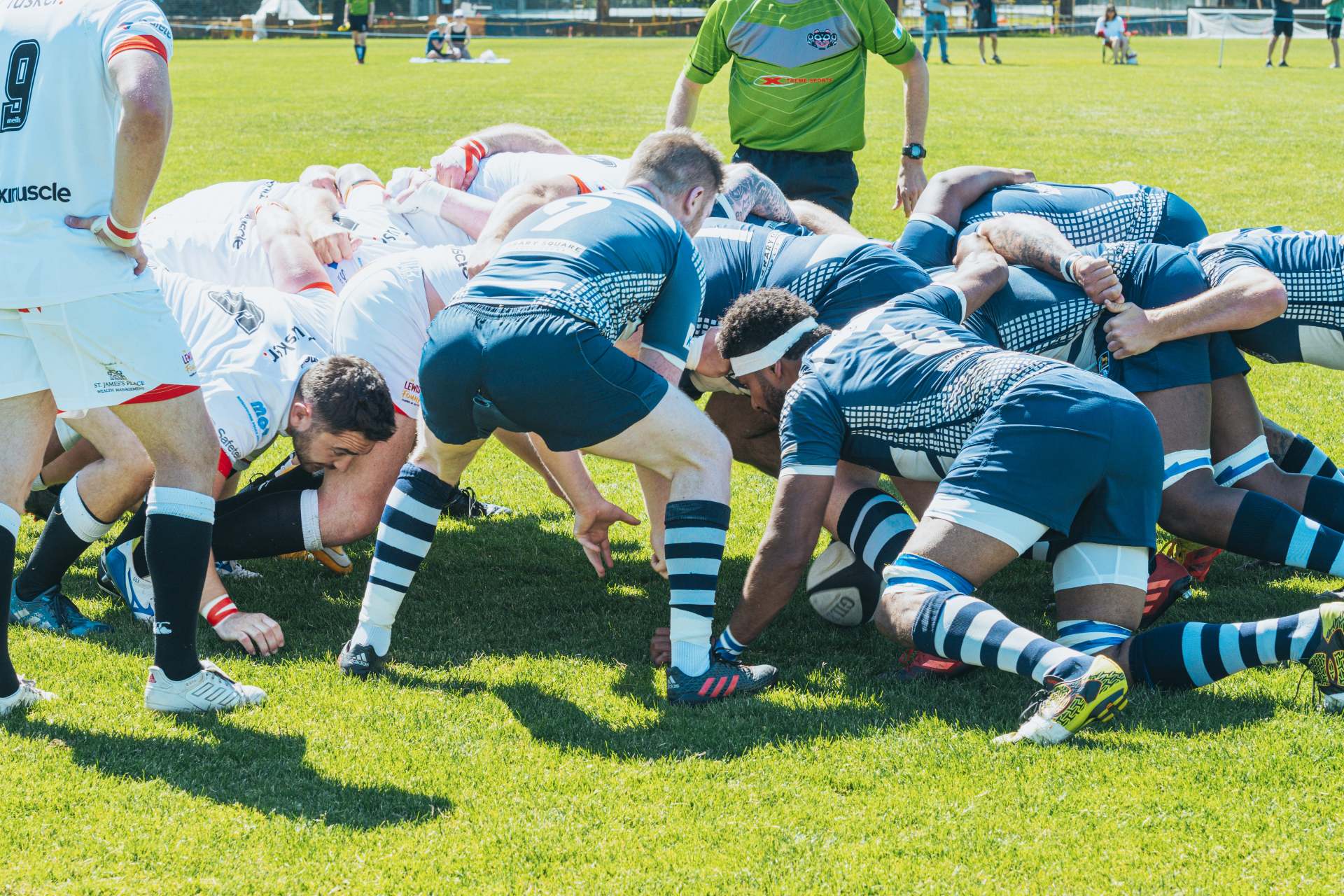 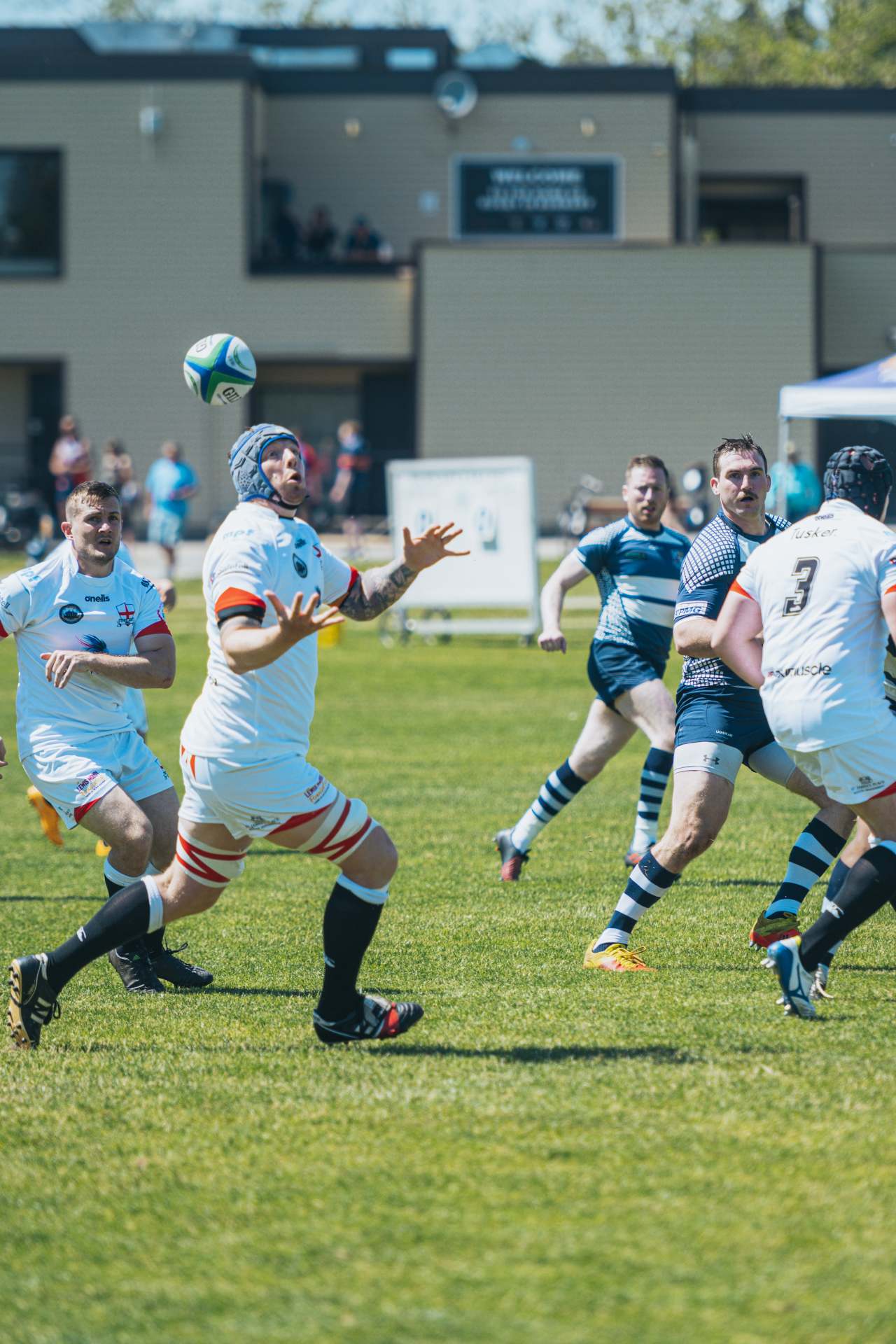 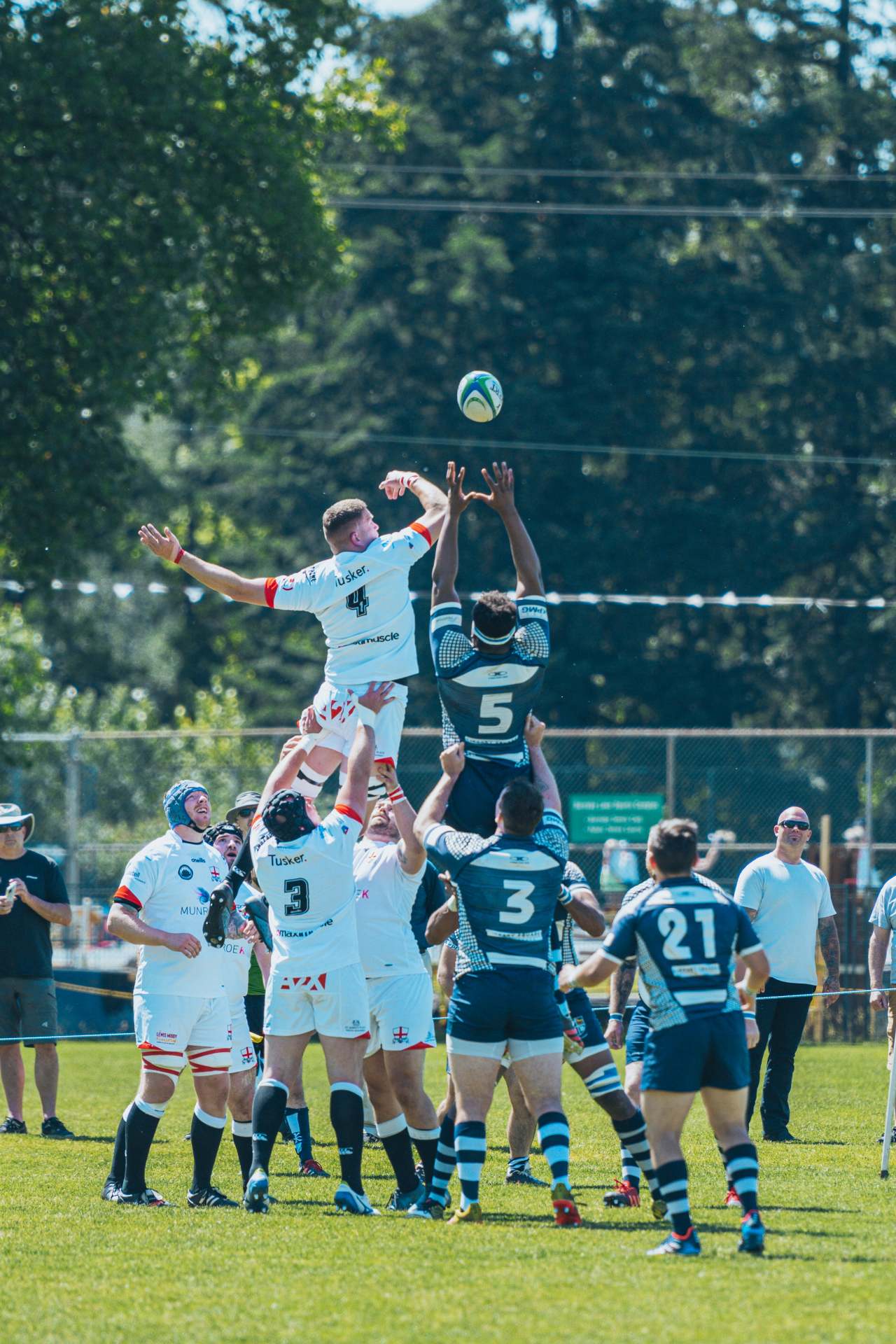 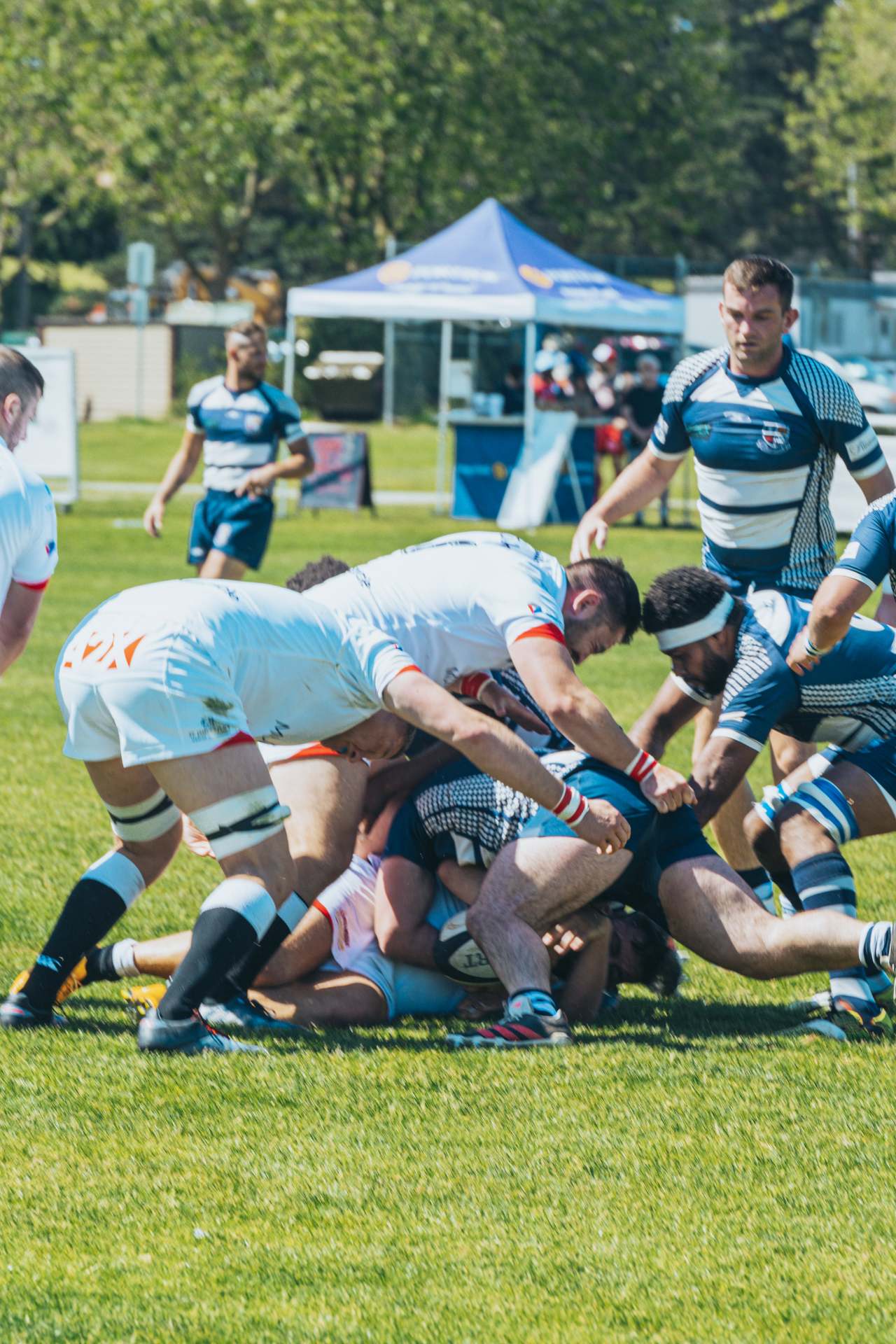 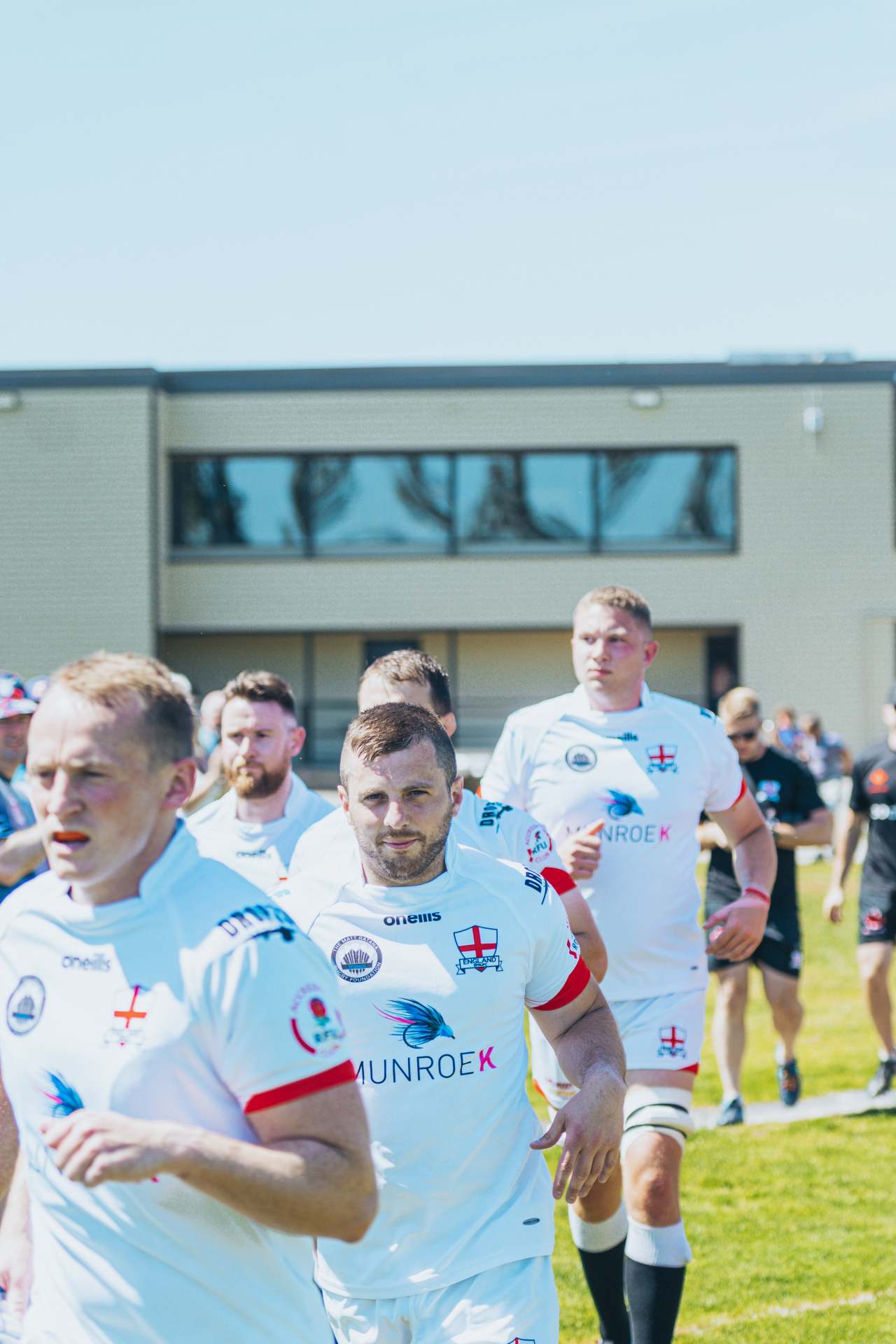 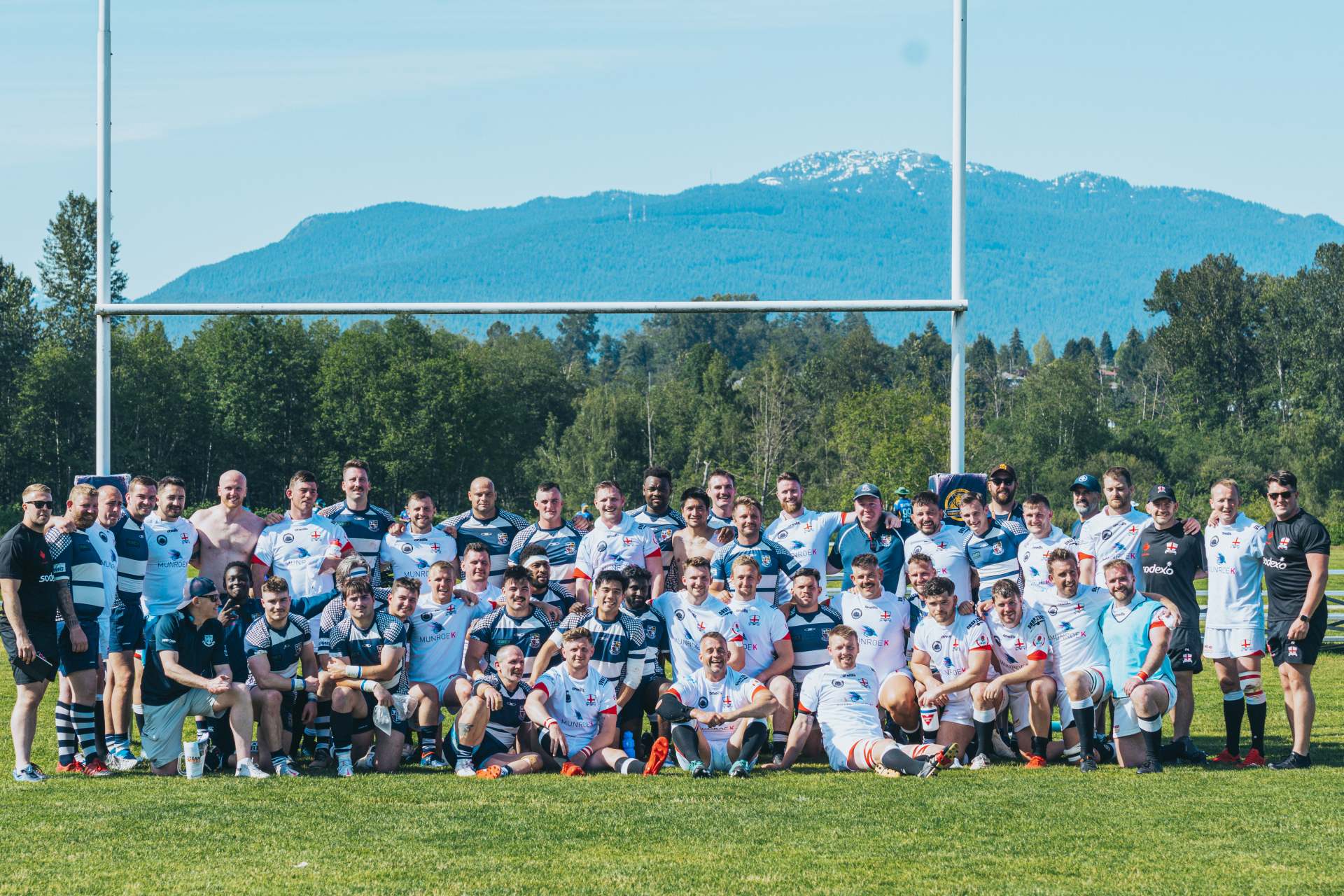 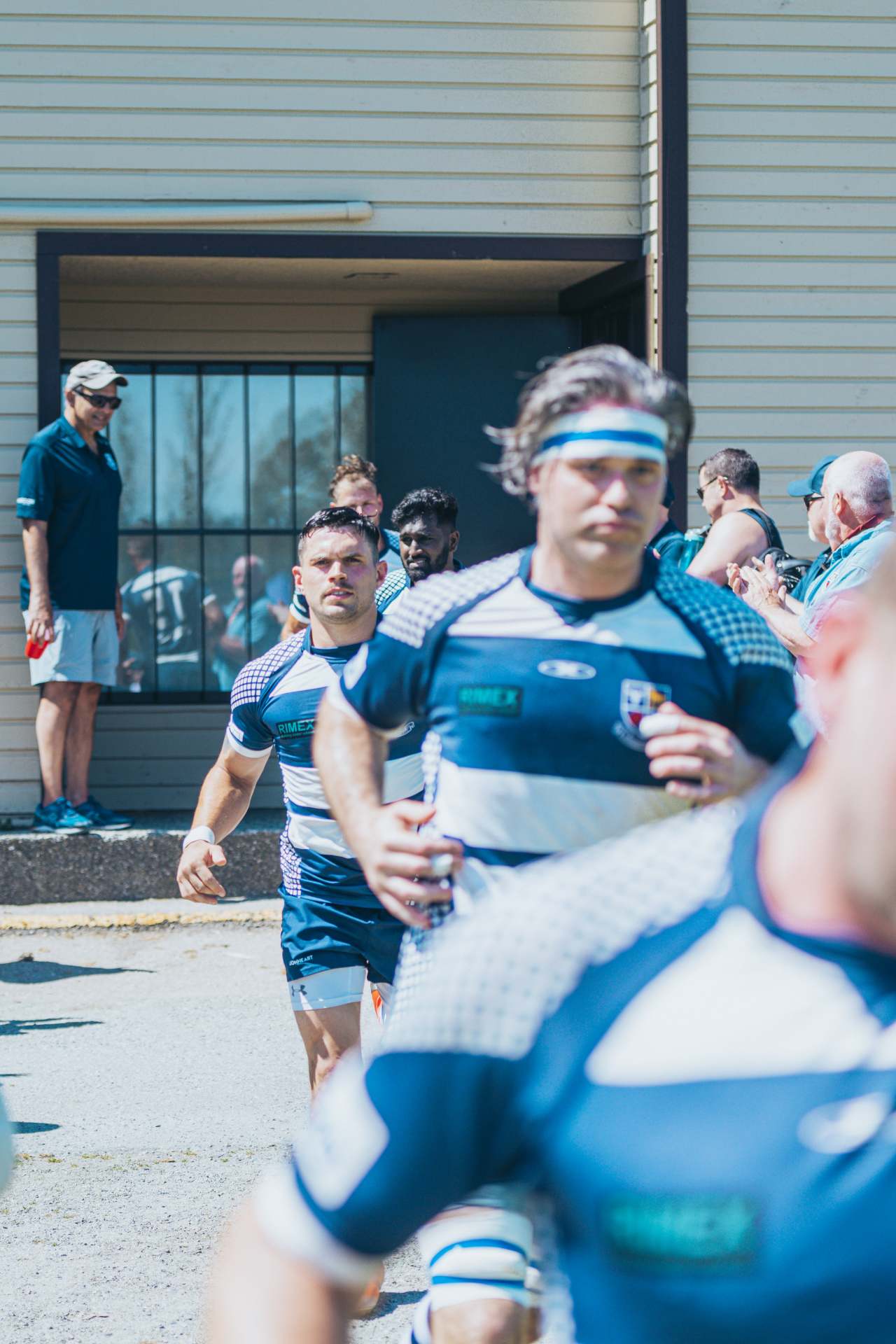 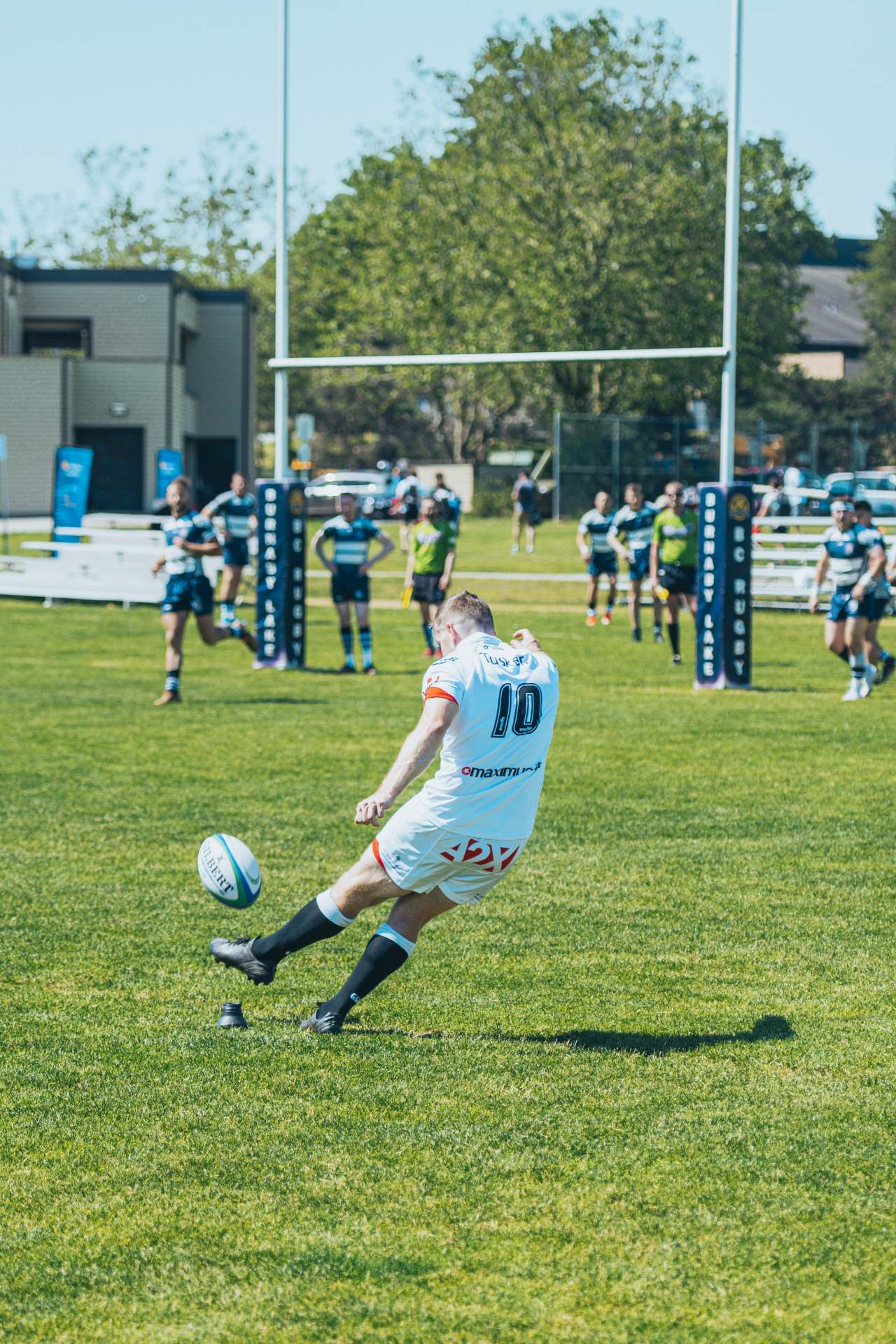 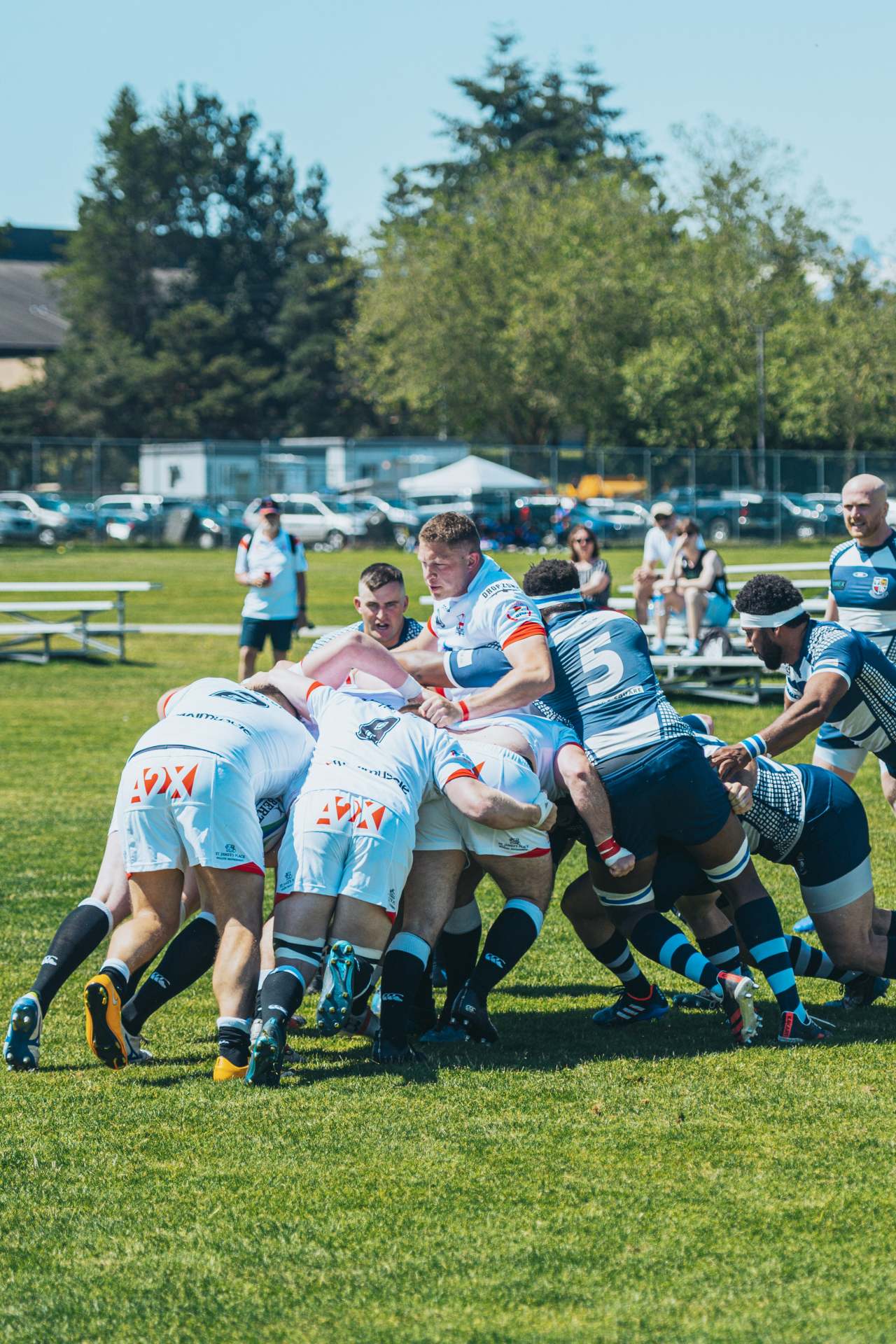 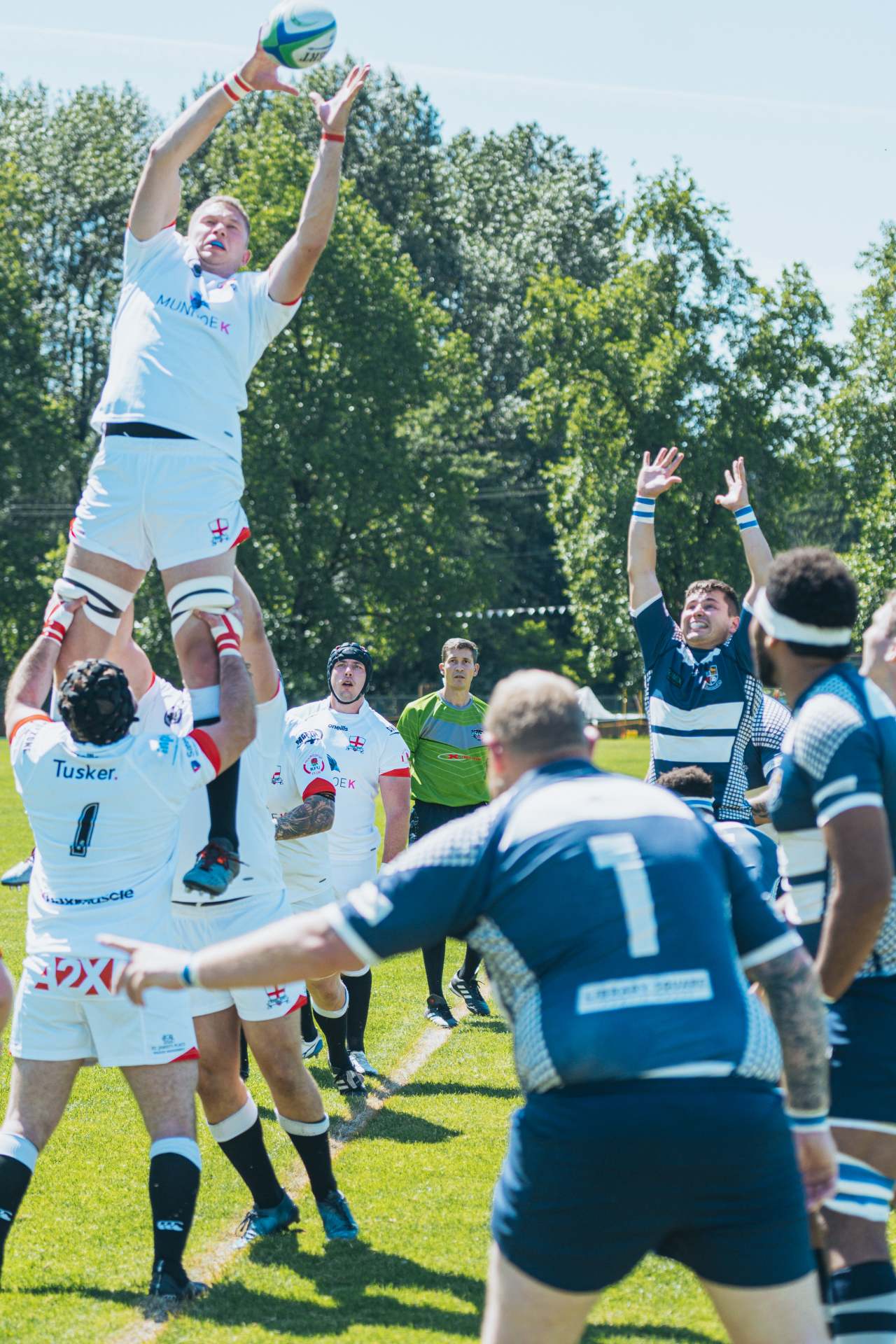